﻿
I felt so﻿ privileged to be at the table when they unwrapped all of the sample cards that had been prepared for the show, and Helene was kind enough to allow me to take photos of each and everyone of them. It was difficult not to 'ooh' and 'ahh' over them.


﻿
This last picture has such a funny story. When I was looking through the new release catalog supplement that we had downloaded to order from, I presumed the bird was about the size of the bird on the left. When this big bird passed through my hands, I had to stop and take another look. I then told everyone from Magenta what I had thought. Then they showed me the little guy on the left. I said I would post it on the blog with the little saying to the much-bigger bird, 'what happened to you!'﻿

I saw Gwen this late this afternoon; she had just given a class for Earth Art International. And then I was taken to the Elizabeth Craft Designs' booth to see what they're doing with shimmer papers. When I said I was from Art 'n Soul, they knew immediately who we were and that they had just shipped an order to the store. I told them we were quite anxious to put that glitter out for our customers, and that I would be back to order their beautiful glitter paper that everyone raves about.

I passed by one of many Tim Holtz booths on the way out tonight . . . 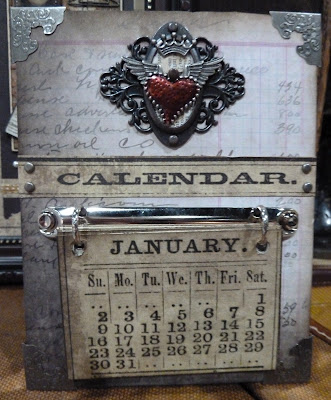 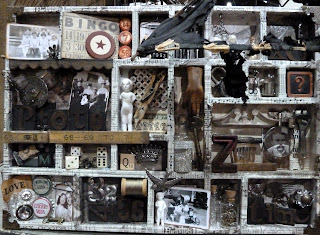 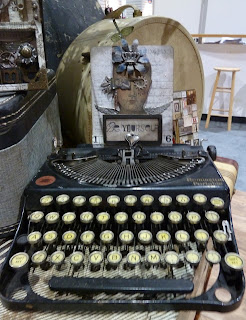 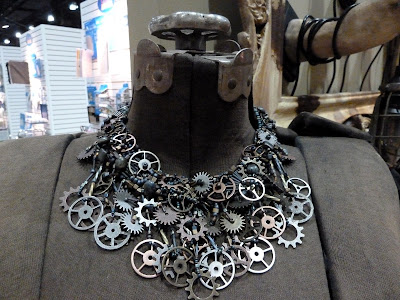 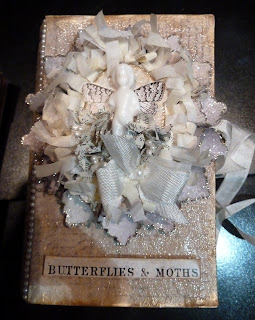 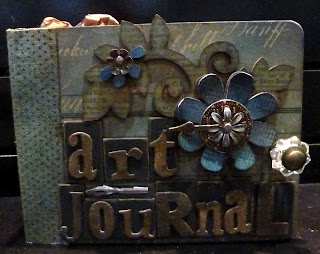 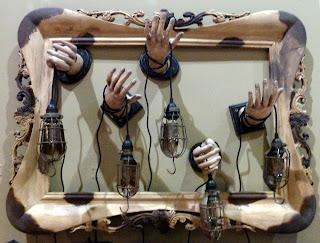 That's it for tonight . . . it's later than I thought and we have an early morning call. To say "I'm excited" is an understatement. We'll see how me and my footsies do tomorrow!
﻿What you believe can hold you back, or push you relentlessly forward.
Posted by Unknown at 1:27 AM